The Society of Mary in the Pacific

The Society of Mary (Marist Fathers) was founded in France and approved provided it would accept responsibility for the mission of the Catholic Church in the South Pacific.

A Marist priest, with a keen sense of mission outside of France, Peter Chanel was one of the first Marists (priests and brothers) to board the boat and come to the South Pacific.

Other than heading for the South Pacific, Peter Chanel and his fellow travellers left France with no fixed destination in mind. The Bishop's mandate was just to find the best location to establish the mission.

As the account of his life tells us, Peter Chanel worked on Futuna Island, and such was his zeal that he was struck in the head with a pick axe and died. Killed for his faith he was later made a Saint by Pope Pius XII in 12 June 1954.

The Society of Mary continues to be involved in missionary work in the South Pacific, and throughout the rest of the world.

The Marist mission in the South Pacific is organised geographically. There are three "provinces", one in Australia, one in New Zealand and another which encompasses the Pacific Islands, and which the Society of Mary calls the Province of Oceania.

In general, Marists are to be Mary in the world, they will do any work as it is not so much what they do, but how they do it that matters. Their particular focus is to establish the Church where it does not exist and to renew existing communities rather than to participate in activities and places where the Church is already established with sufficient resources.

While the missionary expression of what it means to be a Marist these days, there is still lots of modern day missionary work that are more challenging than ever.

The Society of Mary in Australia was established in 1938 and works in various parts of Australia and Japan. At the beginning of the 1950's, a number of Australian Marists went to Japan to assist in post-war reconstruction, and to establish a mission. Since that time, the Japanese region has been a part of the Australian province.

Marists in New Zealand have always served the New Zealand Church in a diverse range of religious and charitable works. Reading the signs of the times means New Zealand Marists have initiated some new ministries and the Province continues to search out new opportunities to express itself in modern New Zealand society.

Marist priests and brothers working in Oceania cover a territory as big as Western Europe. The area includes six independent nations, and two French territories. Numerically the Marist Oceania province is the largest in the Society of Mary and it has the lowest average age of any of the Society's provinces. 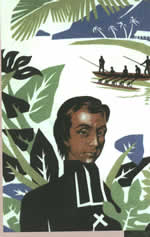